By Matthew Lynch
1
Spread the love

The influencers that we chose are all active in the area of edtech, doing something influential in edtech, well-known throughout the edtech landscape, and making an impact globally. We are excited to witness how these influencers continue to change the world this year, and we are anxious to see who will stand on the shoulders of these giants, and as a result, become a part of this series. In this installment of “Trailblazers in Edtech,” we will profile Salman Khan, Founder and Executive Director Khan Academy. 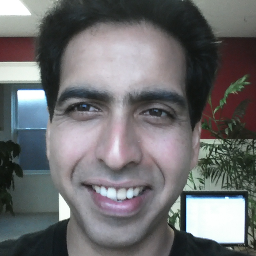 What His Current Focus Is: Salman Kahn is an American educator who has founded both an online education platform called the Khan Academy, as well as a physical school, the Khan Lab School.  The Khan Academy is a free service that offers over 6500 video lessons on a range of topics and subjects, through primarily focused on math and science. The Khan Academy’s YouTube page has more than 2.9 million subscribers.

How He’s Transforming the EdTech Space: Khan’s goal is to reach as many students as possible, regardless of resources, and so his mission is to make his lessons accessible and free.  Kahn’s videos, therefore, have become vital educational resources for rural African and Asian students.

What His Background Is:  Kahn graduated from MIT with a Bachelor’s of Science in math, electrical engineering, and computer sciences; he then earned an MBA from Harvard.  Kahn worked hedge fund analyst.  As his online tutoring and education videos gained popularity, he quit his hedge fund position in 2009 to shift his focus to crafting and developing his online education endeavors.

What May Surprise You About Him: The Khan Academy began as a way for Kahn to tutor his cousin long-distance.

7 Must Have Project-Based Learning Apps and ...